While Other Ottawa Restaurateurs Throw in the Towel, Ion Aimers Expands

A bit more than a month ago, Ion Aimers sat down to talk business.

Up for a discussion was a deal that would see the Ottawa restaurateur increase his holdings from five to six eateries — not your everyday transaction, to be sure.

But a gentlemen’s agreement was all it took to kick off the process that will see Aimers replace Fratelli, a veteran restaurant in the Glebe, with (segue), which will open next week.

“It was a handshake deal over a cappuccino,” Aimers says.

This is the casual confidence of a businessman who two years ago sold his six Ottawa-based Works Gourmet Burger Bistros to an Oakville, Ont.-based company that has since rolled out about 20 more of them across Ontario and as far away as St. John’s, N.L.

Not stopping there, Aimers now has three ZaZaZa pizza eateries in Ottawa, plus stakes in the upscale Fraser Café in New Edinburgh and the hipster-friendly Wilf and Ada’s Diner on Bank Street, in addition to the soon-to-be-opened (segue).

Meanwhile, in the last two weeks, Ottawa’s close-knit dining community has been shaken by the closure of ZenKitchen and Domus Café, two restaurants high on many a foodie’s list. Both slipped into the red after sales dropped on the order of 30 per cent or more last fall.

Aimers is sympathetic. “That would truly be difficult to weather,” he says. “I feel their pain.”

Given the closures, there’s even been increasing talk about Ottawa arguably having too many restaurants.

But Aimers is not at all shaken about his latest effort. He speaks of (segue) having what it takes to make a go of it, including his own track record, a young chef with an impressive pedigree and a concept that’s needed in the neighbourhood.

Aimers’ young partners in (segue) are chef Rich Wilson, 32, who for the last two years has been the sous chef at Beckta Dining and Wine, and Lindsay Gordon, most recently a server at Fraser Café and Wilson’s partner in real life. “We’re going into this with a lot of complementary experience,” says Aimers.

Aimers says (segue) will be a “slightly upscale local neighbourhood eatery,” with mains in the $15 to $27 range.

Wilson says his seasonally influenced menu will be “approachable for folks” and will draw upon local suppliers such as Mariposa Farms, Rideau Pines Farm and Whalesbone Sustainable Oyster & Fish Supply. 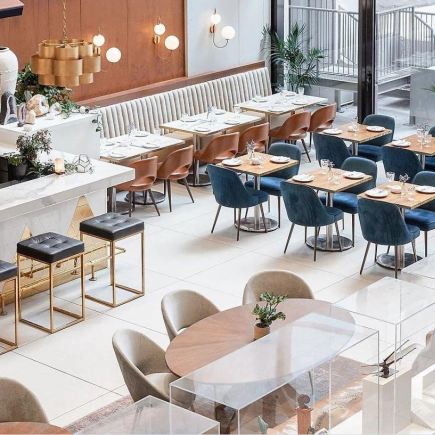